Integrated and customised prevention and control strategies for fraud-proofing an organisation.

A comprehensive suite of anti-corruption and integrity related services to raise assurance levels.

Tailored programmes to educate managers and staff on anti-corruption, governance and ethics.

External confirmation that an organisation has systems and structures to minimise corruption risk.

Every year for the past decade, the Not-for-profit (NFP) sector has been voted the most trusted in the world – but just how valid is the ranking when it comes to the ‘F’ word:  fraud and corruption?  Despite the sector’s ongoing reliance on maintaining a high level of public and donor trust, there continues to be a unexplained complacency when it comes to the topic of fraud.

Although acknowledged by most NFPs as a problem for the sector as a whole, when assessing its own organisation, corruption is rarely seen as an issue. Unless NFPs and charities recognise – and start to properly manage – fraud and corruption risk, their reputation and public confidence – built up over many years – could be wiped out overnight. So where does this apparent reluctance to deal with the issue come from?

This article was originally written for the ACFE’s publication The Fraud Examiner.

The Unravelling of an NFP fraud scheme

A recent fraud investigation I carried out for a large international NFP is a textbook example of how fraud can occur in the sector. Despite one of its humanitarian projects being externally audited four times (two external financial audits, a capacity audit and a specific project audit), vague mutterings continued to circulate about improprieties. None of the four audits had highlighted any irregularities.  On the contrary, the capacity audit stated that the project had been “appropriately designed, well planned, and effectively managed,” while the project audit confirmed that all relief items had been physically delivered to all beneficiaries.

The six-month project had been designed and managed by a highly respected, trusted senior manager.  Acknowledged as a leading expert in his field, he regularly presented on the topic at various regional and continental forums. It was the third such relief project he had initiated in the last four years.

While on the surface there were no anomalies, closer inspection of the beneficiary sign-off forms highlighted a number of irregularities.  The same pen had been used to complete all 2,500 forms, while the beneficiary’s thumbprints (confirming physical receipt of the items) became successively lighter each month. This became the starting point for unravelling a long-standing, well-entrenched fraud scheme. Perpetrated by the senior manager himself, it was made up of a network of staff from all levels of the organisation, who together had conspired to bypass and undermine key internal controls (and various other operational processes and procedures put in place).

Its starting point had been the fraudulent overstatement of the real needs on the ground, enabling ghost beneficiaries to be included in the project. Various front companies were then established, with staff members involved colluding to ensure they were successfully awarded key supply  and transportation contracts. A number of these companies then purchased relief items from other staff members, one of whom was the Chair of the NFP’s in-country board.

While a small portion of the items (sufficient to provide a semblance of legitimacy) were delivered and subsequently handed-out, proof of delivery documentation was falsified and stock records manipulated to give the impression that all items had been properly accounted for. Those beneficiaries who did exist had been coerced into signing distribution sheets for items never received, while the independent government representative (who had confirmed that the distributions had indeed taken place), admitted that he had only done so because he been promised a job in return. Information at all levels was manipulated, and reports sent to senior management and donors delayed and falsified.

So why are NFPs vulnerable to fraud and corruption?

The absence of a profit motive has resulted in many NFPs being extremely mission driven. This, coupled with an over-reliance on the use of volunteers, has resulted in an environment reliant on a high level of internal trust.  This in turn is paralleled by an even higher level of external trust, where those working for NFPs are afforded an almost automatic presumption of honesty and moral authority (by the general public).  As a result, governance can at times be viewed as being secondary to the organisation achieving its mission.

In addition, the NFP sector has traditionally been inwardly focused and closed to external forces that traditionally provide an appropriate level of checks and balances. Unlike other sectors, in many jurisdictions NFPs have tended to be subject to a lighter regulatory approach — leading to a lower level of oversight and scrutiny by authorities. When combined with low salaries, or no salaries in the case of volunteers, the sector has inadvertently created an environment that provides individuals with opportunity, motive and rationalisation: the three components of the traditional Fraud Triangle.

For those NFPs with an international presence, the risk factors are even greater. This is because the standard international NFP’s global footprint involves:

Conclusion of the fraud case

While the fraud scheme outlined above finally made it before the courts, it took two years, and only got there after concerted efforts by a number of highly placed individuals with close connections to the accused, failed to have the investigation and subsequent court case discontinued.   This included the NFPs own board, which twice attempted to halt proceedings.  Notwithstanding the evidence uncovered, the manager at the centre of the scheme was held in such high esteem that even a guilty verdict was insufficient for many within the organisation to believe he was actually guilty — proof that NFPs still have a long way to go regarding the ‘F’ word. 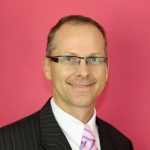 About the author: Jeremy Sandbrook is the Chief Executive of Integritas360, a global social enterprise that helps charities and NGOs/NFPs ‘corruption-proof’ themselves. An internationally recognised anti-corruption expert, he has spent the last decade working in the international development sector, predominantly in Africa, Europe and Australasia. Jeremy also lectures on the topic at the University of Sydney’s Centre for Continuing Education.